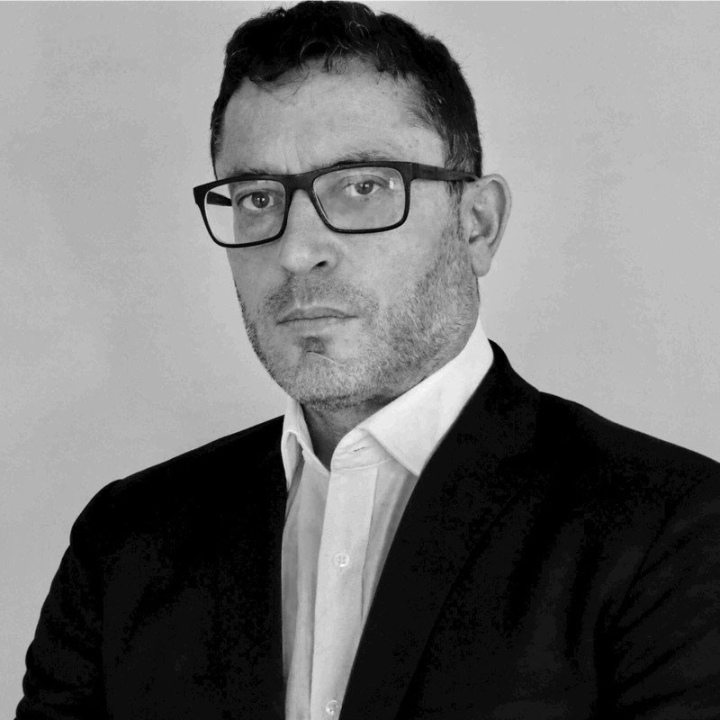 Anthony’s introduction reads, “Anthony built his experience within the most prominent finance companies, starting in PWC then Rotschild & Co, Goldman Sachs and JPMorgan, before tackling the world of crypto trading and ICO investing. His pedigree in finance is unparalleled.”

I first met Anthony on LinkedIn approximately summer of 2019, where we had our first chat and discussed our work, careers, and projects.

We kept up from time to time regarding news and events.

On Friday May 29, 2020 I received a message from Anthony seeking advice from me. Anthony complained of 53 hacking attacks, persons attempting to break into his home, his bank accounts and stocks stolen, and Huobi was currently not releasing his funds. 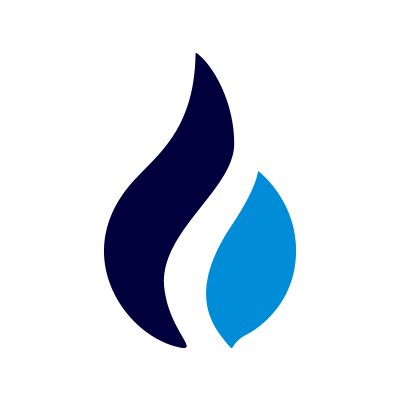 I just did a quick search of them. This could be of interest:

#Bitcoin has seen its largest prolonged withdrawal of funds from exchanges.

According to our data, over 310,000 $BTC have moved out of exchanges since Black Thursday.

I don’t mess with crypto so I do not understand it all. But I know you are intelligent- just learn how to protect yourself. You have to be your own counterintelligence.”

As Anthony and I attempted to connect with each other on various social media, I witnessed that both Facebook and LinkedIn would deactivate his accounts shortly after he established them.

Why all the interference? Is Anthony being targeted/silenced/erased off the Net? Why?

He reports that he has consulted for over a dozen different start-ups and initiatives involving ICOs only to be locked out of the project after a short time and he has never been paid for his services. Over a decade worth of work COMPLIMENTARY so it seems by the Wolf of Malta. 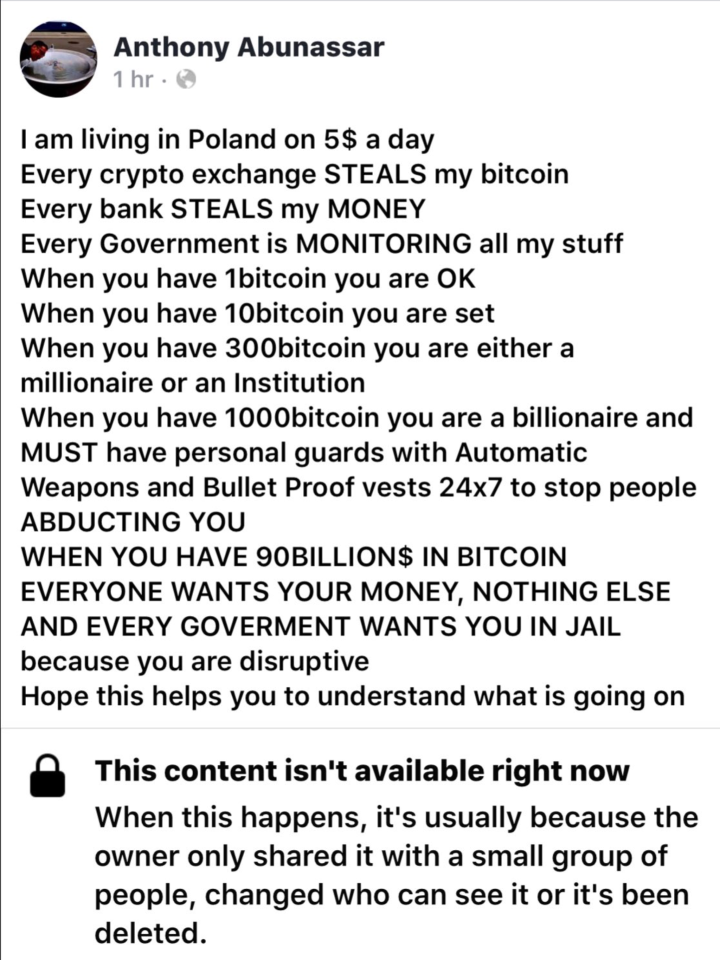 According to Anthony, this is what has been stolen from him:

“12 projects billionaires ALL STEAL MY TOKENS pay everyone else. I WAS BANNED FROM SWITZERLAND!” – Anthony Abunassar.

A quick search on Twitter revealed that several companies were bragging about Anthony coming on board as an advisor but yet, he has never been compensated for any of it according to him.

Anthony was detained in July, 2020 by Poland Police after he reported a robbery. They drove him 400 miles from his home (which he described as torture) and tried to force a psychiatric examination against his will. Anthony was released on July 5, 2020. UPDATE: Anthony Abunassar released on July 5, 2020. He tells me that Legnica Police were trying to force him into mental health after he reported a robbery.

He tells me many men (three having matching tattoos) are following him who he suspects are hired special forces to steal wallets.

He cannot speak via voice so I am trying to decipher via text. He is in temporary housing at the moment and relayed that he fears for his life. – July 6, 2030 9:22 A.M.

I started hashtag #WolfOfMalta to document Anthony’s reports and video’s.

Anthony Abunassar is back on LinkedIn.

I am providing protective services for Anthony after I detected that he has become a victim of life sabotage. In the past six months almost every area of his life has been targeted and opportunities obstructed. He has experienced censorship on social media, all of his funds are being blocked or have been stolen. He now faces homelessness and poverty.

He is experiencing many of the same symptoms that tortured Barclays investment banker, Edmund JM Dunne endured. The goal of the opposition is to drive a target to suicide.

During the years surrounding the #LIBOR scandal there were 90 suspicious banker deaths; both homicides and suicides where it was determined that employers were cashing in on tax free life insurance policies. Let us not lose another.

Please reach out to Anthony for employment opportunities or donations to help keep him safe and grounded.

On Friday, July 10, 2020 I sent Anthony a donation for his basic needs. He reported back to me that PayPal is holding the funds for 14 days. Is this normal procedure?

Anthony remains trapped with no way to maintain his independence. He claims he has no friends or family to call on for assistance. I have done all I could for him from USA. My heart is heavy that I cannot assist further. It appears that this is a case of orchestrated life sabotage that has been a dark cloud over him for the past six months. 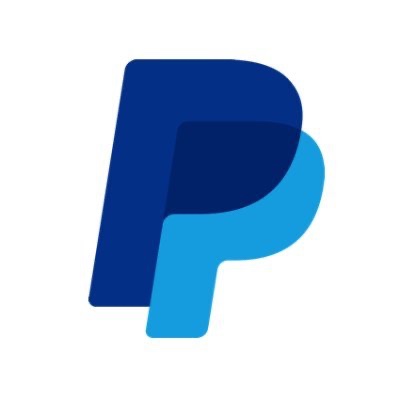 Anthony has an interest in developing monetary solutions involving Bitcoin.

However, it appears he is suffering from some classic targeting traits; career sabotage, cyber attacks, locked out of bank accounts and funds, attempted physical break-ins, and censorship.

One of my theories is that he may be targeted for his knowledge of the origins of Satoshi Nakamoto, the creator of Bitcoin. His theory, according to him, is that the opposition is looking for $80 Billion cash in wallets.

I am providing protective services to Anthony which is the purpose of this documentation. I am inviting the global community to assist in monitoring the situation for Anthony’s safety and protection. – CMC June 18, 2020

There were 90 suspicious banker deaths surrounding the LIBOR scandal; both homicides and suicides where it was determined that employers were cashing in on tax free life insurance policies called BOLI (Banker Owned Life Insurance)

““Someone drugged my drink

Gave me a beating and pepper sprayed my entire head.

I could not see for 4hrs

I have been sprayed twice before