“Sir Rob Wainwright connected with me on LinkedIn and was one of the few officials that did not block me when I disclosed my urgency in needing help assisting Edmund. Some of my very own law enforcement officials in the USA and Department of Homeland Security blocked me when I reached out to them for advice but Rob did not. He did not respond to me but I could tell that he (or his staff) was reading my messages in the private message portal of LinkedIn.

At one point I was being spied on through my IPad via advanced technology as evidenced by the zooming red light that appeared on my device after hounding Rob a little assertively on a LinkedIn thread. I promptly gave the camera the ‘middle finger’ and told Europol to ‘get to work’! …lots to do and massive corruption and collusion to tend to in the banking industry. The bodies were piling up!

Not only did we have a long string of suspicious deaths in the banking industry surrounding the LIBOR scandal years, we also had thousands of suicides related to the hardship that followed the crash of 2008; illegal foreclosures, predatory lending practices… and Greece! Just to name a few.

The fallout has caused thousands to take their own lives. Many persons lost their homes, their jobs, their relationships, their health, their sanity and their dignity. Who was investigating the root of the problem? Anyone? ” – CMC January 24, 2019

LINKEDIN MESSAGES TO SIR ROB WAINWRIGHT WHEN EDMUND WAS FIGHTING THE URGE TO COMMIT SUICIDE HOURLY.

“I had no idea what I was doing at this point. I thought that I would just make a call into the police and that they would just handle everything. I had no idea that I was about to become the police! …and sole Sergeant, General, Commander, Chief in a full blow global Search and Rescue Mission! To assist Edmund, I had to assume a role I knew nothing about. I went from an activist on the street shouting, “Whose streets, our streets”, to acting as Counterintelligence Officer to a disabled, tortured, isolated investment banker because no one else would help him!” – CMC January 24, 2019

SOS … My friend and CO, Edmund JM Dunne is fighting urge to commit suicide hourly.. he has asked me to ramp up publicity.. this could upset markets so please be advised.

Edmund is last surviving banker in long string of banker deaths from the LIBOR fallout.

I am a civilian and new to this line of work. I have been trying to communicate with 5 police precincts who are all failing. I need back up! This could cause market disruptions and national security issues.

We have years of docs and evidence…

This needs professional engagement and so far, we are getting none! GB, Ireland, USA.. all failing!

What do I have to do, contact the military!?

Please help, we could lose him any day. He is hanging on by a thread. He is in Ireland, I am in USA. 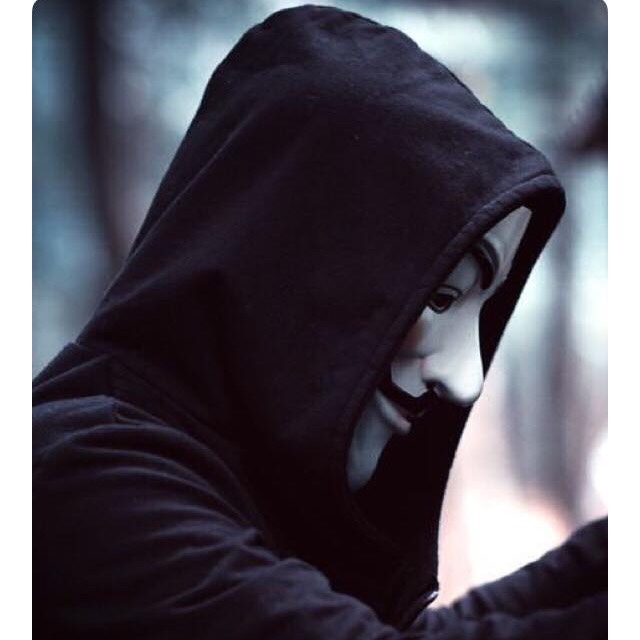 I know this is probably not protocol to send reports via this channel and that you may not be able to respond here for legal reasons. I am slightly autistic and I find trying to navigate all these precincts and persons very difficult. I thought someone would have come to his aid after five months. He cries out to me for help everyday, I don’t know what to do Sir.

I think he his fearful of another assassination attempt. He claims he needs back surgery. Pain in lower back (slip disk maybe?) or remotely targeted.. not sure. Sometimes pain spreads down the leg. This causes him the most pain. He thinks he needs back surgery.. can’t walk much of the time. Pain is so bad sometimes he fights urge to kill himself. I have notified London Metro Police that I am on daily suicide watch and they do nothing.

He does not have access to any medications. Some days he tells me there is nothing to eat. He is trying to survive on disability. He eats a lot of eggs and potatoes. He is limited to where he can shop, may not have access to proper nutrition and some days too unwell to walk to get food.

He also claims that he was poisoned and that he has stomach problems because of this; complains of chest pains. He has history of trauma from childhood. I suspect these frailties are being exploited. His moods go up and down in cycles. He has occasional personality changes from time to time which I have learned how to accommodate. He regularly experiences flashbacks from PTSD.

This is a banker that once lived a lavish lifestyle. He publicly apologized to OWS activists (on camera!) for how we were treated.

My main goal is to keep his trust and to protect him at the same time, this is not an easy balance because he is so fickle; makes spontaneous, irrational decisions. He has been at this location approximately 2 years.

I welcome any advice or suggestions.

P.S. I am disclosing that the only reason we are discussing his health is because persons and authorities responsible and in his vicinity are not coming to his aid. This collectively is; abuse, neglect and torture.

THE LODGE WHERE EDMUND WAS TRAPPED IN TORTUOUS ISOLATION AND LIVING CONDITIONS FOR OVER A YEAR IN A TRAUMATIZED STATE WHILE BEING EXTREMELY SUICIDAL.

LinkedIn is not letting me comment on your posts.

I need help Rob! No one is contacting me. Edmund is in so much pain today he can not move. We need to get him to a hospital in London. I am slightly handicapped and I am having trouble doing all this police work with zero training. I do not get paid, I am an activist. Why are all the people earning salaries not able to get anything done?

Tomorrow is his birthday, he will be 43. He will spend it fighting for his life!

Are we really going to go down in history as a society that exploits our most vulnerable and talented?

This message dictated by Edmund in the middle of a breakdown in London, November 30, 2017:

This is under both M15 and MI6 Closed Disclosure and behind acts.

Tower of London at night.

The message above was dictated by Edmund JM Dunne in a desperate state. Since you did not respond, I am assuming that it is not possible in whatever role you are in at the moment. I am not sure what Edmund meant by “behind acts”, as I am never sure how much he tells me is real or fantasy. All I know he is not well at the moment and he is desperately trying get his life back.

To clarify my role, I am simply out here as unofficial rookie trying to keep the peace and advert tragedy. I know the big banks rule (ed) the world but regardless of the past, we can only advert tragedy by working together in transition, otherwise we will have WWIII. As a veteran of Occupy Wall Street. I extend my olive branch. 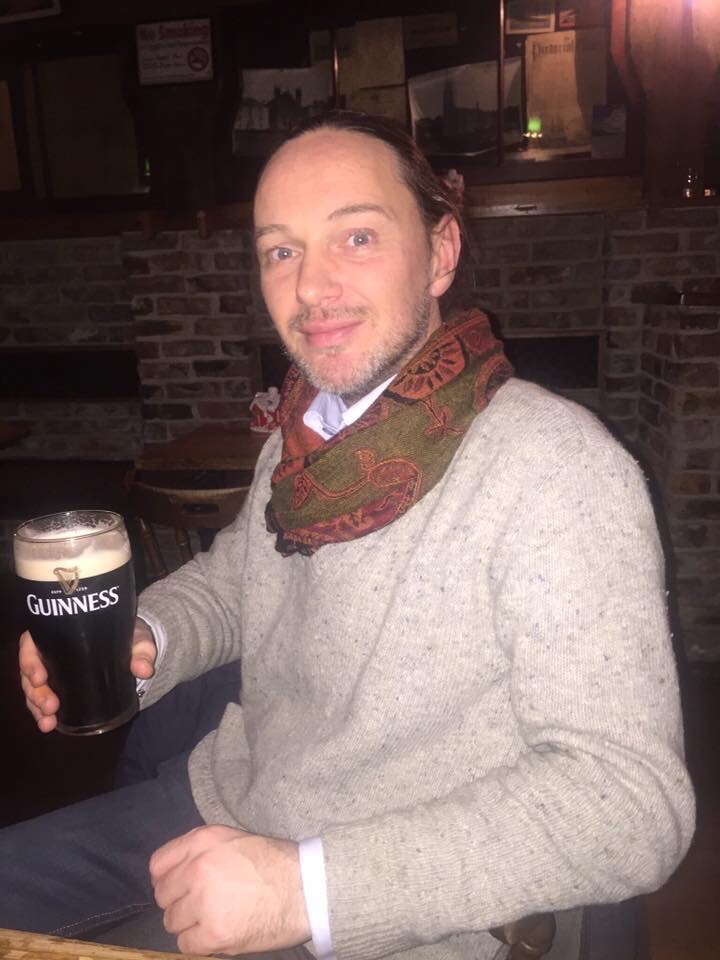 Greetings for the New Year Rob,

After three tries I was finally able to stabilise Edmund enough to be able to fly with him back to his lodge in Ireland. We have been here since December 5th.

His official landlord is Countess Bernsdorff Ann but I correspond with her daughter Alexis who admitted to me, in writing, that this lodge is not suitable for winter habit yet she is collecting rent from him. I found him on January 11th 2017. He was extremely suicidal for the whole year! Why is aristocracy taking advantage of a disabled person?

When we arrived here, it was cold, damp; full of rats and mold. I can confirm that he has to walk 5miles a day to get food and five miles back, I’ve done it! His washing machine is broke and his pipes are leaking. There is no proper heating, we have to collect wood for the fireplaces like a couple of pioneers. Some mornings we wake up, it’s freezing! This is no way for a traumatised person to live.

When Edmund gives me the ok, this will all be reported publicly. This is a courtesy to the intelligence community for the purposes of keeping ahead of us.

Both Edmund and I are concerned about international security and we try to be considerate of this in our work.

We know this a hornets nest. I trust the intelligence community to do their part.

“It was not too long after this exchange that Sir Rob resigned as Director of Europol and took a position with Deloitte. He never did acknowledge me formally or respond to my communications but unlike other officials he did not disconnect with me on LinkedIn and has stayed on record with us since the first day that I wrote to him” – CMC February 21, 2019

Suspicious Banker Deaths Surrounding the Years of the LIBOR Scandal:

Location of Where Tortured Barclay’s Banker Was Found Living In Extreme Conditions and Isolation: https://silkthreads.press/2019/02/19/berkeley-forest-new-ross-co-wexford-ireland/